Home » Our Minister » Ministers’ Awards for Women in Local Government 2020

The Ministers’ Awards for Women in Local Government celebrate the contribution of women to local councils and their communities across NSW. In addition to recognising the significant contribution of Award winners, the Awards aim to encourage more women to enter the local government sector in NSW.

The following new categories of awards for both metropolitan and regional/rural councils were introduced in 2020 to better reflect contemporary approaches to gender equality and changes in the local government sector:

Minister for Local Government Award for Women – an award chosen by the Minister to recognise and honour the dedication and tireless work by a female council staff member.

The winners of the 2020 Awards were announced in a video ceremony by the Minister for Local Government Shelley Hancock, Minister for Mental Health, Regional Youth and Women Bronnie Taylor, and former City of Sydney councillor and social advocate Kathryn Greiner.

The winners of the 2019 Awards were presented by the Minister for Local Government, the Hon Shelley Hancock MP, at a function held at Parliament House on 6 June 2019. The awards were delivered in partnership with the Minister for Mental Health, Regional Youth and Women, the Hon Bronnie Taylor MP.

Elected Representative from a Metropolitan Council

Elected Representative from a Rural or Regional Council

Women in a Non-Traditional Role – Rural or Regional Council

Women in Traineeships or Apprenticeships – Rural or Regional Council 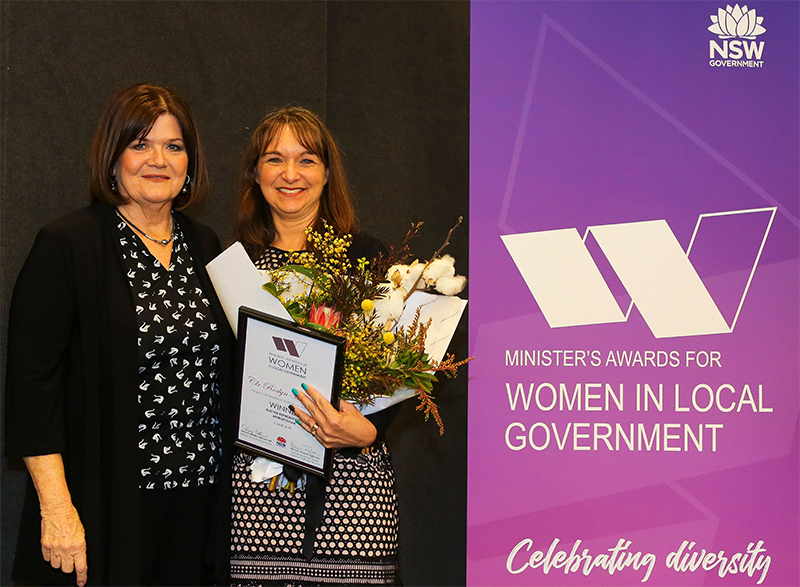