Below is a chart showing details of the complaints received during the July 2017 to June 2018 period by keyword. 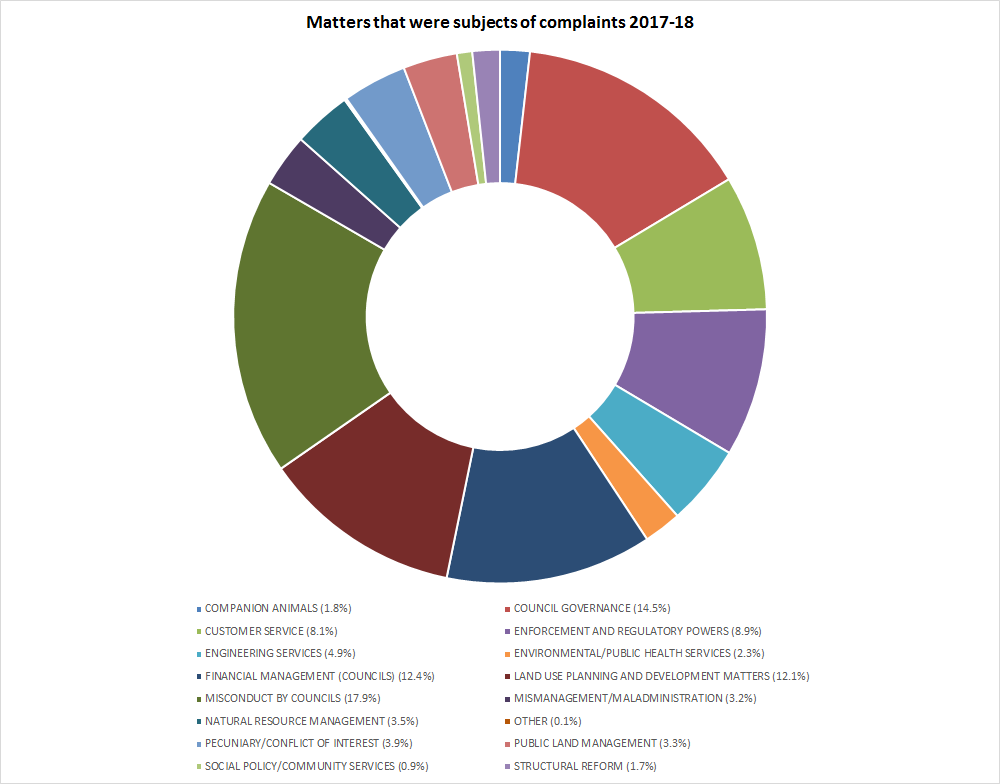 The Chief Executive determined one misconduct matter where the councillor was ordered to provide an apology to a staff member, cease engaging in the misconduct and was suspended from civic office for a period of one month for his aggressive and argumentative behaviour that was designed to intimidate and frustrate a council staff member.

Two matters were referred to NCAT for its consideration during this period.

One public inquiry into Blue Mountains City Council was commenced in 2017‑18. Details can be found on the OLG website at the following location: https://www.olg.nsw.gov.au/blue-mountains-inquiry