Below is a chart showing details of the complaints received about councils by OLG during the July 2018 to June 2019 period by keyword. 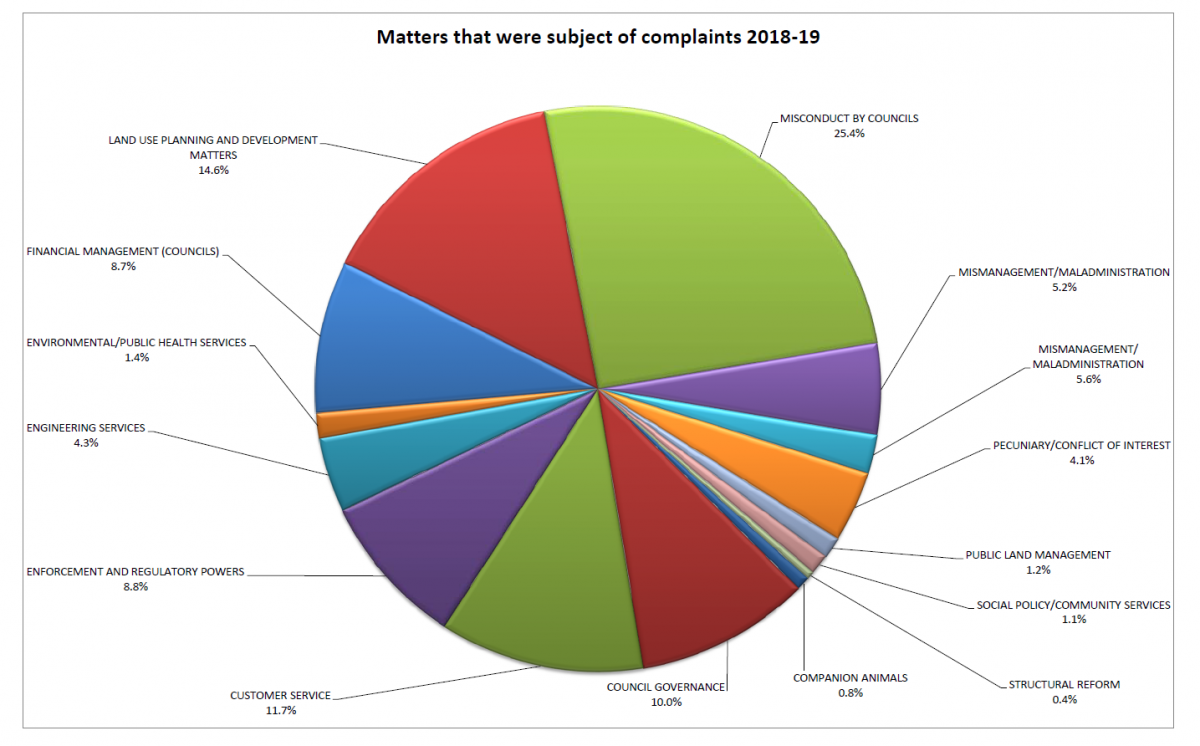 In 2018-19 OLG received 31 allegations of breaches of the pecuniary interest provisions of the Local Government Act 1993 (the Act). There was one formal investigation of a pecuniary interest matter referred to the NSW Civil and Administrative Tribunal (NCAT) in this period.

In 2018-19 OLG received 46 complaints alleging misconduct by councillors. One complaint alleging a breach of the political donation provisions was also received in this period.

Ten investigations under the misconduct provisions were commenced during this period.

One public inquiry into Balranald Shire Council was commenced in 2018‑19.

The public Inquiry into Blue Mountains City Council continued during the reporting period.

Details can be found on the OLG website at the following location: https://www.olg.nsw.gov.au/public-inquiries.